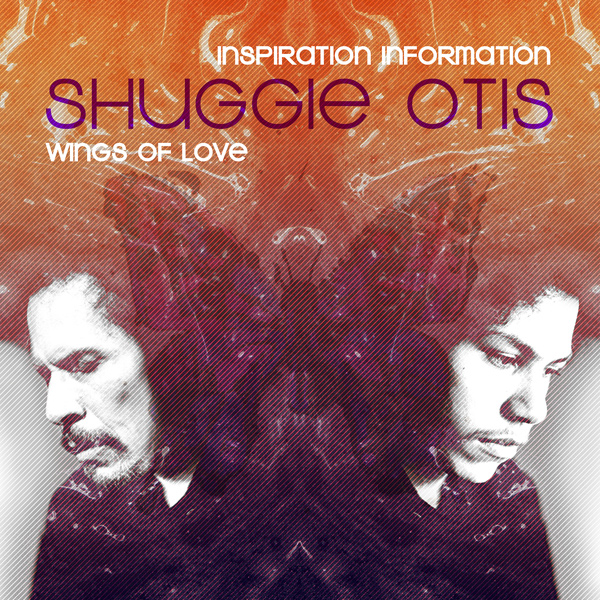 “The Shuggie Otis Rite Tour” continues through winter and spring, with shows in Mexico (February), Australia and Japan (March), and North America (April)

For more than four decades, Shuggie Otis has earned respect as a musician’s musician. His composition “Strawberry Letter 23,” a #5 Pop hit for the Brothers Johnson in 1977, is just the tip of Shuggie’s musical iceberg. He has won praise as a guitarist on projects with artists as diverse as his father, Rock And Roll Hall Of Fame R&B pioneer Johnny Otis (1921-2012), Al Kooper, Etta James, Charles Brown, Frank Zappa, Chico Hamilton, Don “Sugarcane” Harris, Mos Def, and many others.

But it was Shuggie’s third and final album, 1974’s Inspiration Information on Epic Records, that was destined to inspire at least two generations of admirers around the world. Widely regarded as a masterpiece, songs from the long out-of-print album have been sampled on pop hits including OutKast’s “Ms. Jackson,” Beyoncé’s “Gift From Virgo,” Digable Planets’ “For Corners,” and the list goes on.

INSPIRATION INFORMATION/ WINGS OF LOVE, a brilliant restoration personally supervised by Shuggie, arrives as a double-CD set on April 16, 2013, through Epic/Legacy, a division of SONY MUSIC ENTERTAINMENT.

In this new package, the first CD will comprise the original nine-song Inspiration Information album, with the addition of four previously unreleased bonus tracks recorded in 1971. The tracks were done at Columbia Studios and at Hawk Sound, the 16-track studio built in the backyard of the Otis family homestead in the West Athens neighborhood of Los Angeles. The second CD, entitled WINGS OF LOVE, is a new album of 14 previously unreleased live and studio tracks recorded by Shuggie between 1975 and 2000. This is the first new music that the world has heard from Shuggie since 1974.

The release of INSPIRATION INFORMATION/WINGS OF LOVE caps an amazing new phase of Shuggie’s career, as he emerged from his quiet (but productive) seclusion in Los Angeles to complete this package and return to the stage. “The Shuggie Otis Rite Tour” commenced in November 2012, with a European trip that included shows in London, Paris, Antwerp, Hamburg, Amsterdam, and Dublin. After the UK shows, The Independent hailed Shuggie as a “Musical visionary,” while The Guardian called him “A spectacularly gifted musician.”

Four days after the European leg concluded, Shuggie made a rare appearance at the intimate subterranean Echoplex venue in L.A.’s Echo Park area. (The last time Shuggie played a local show was a one-off date with Mos Def in 2004, in conjunction with Mos Def’s second album, The New Danger, on which Shuggie played guitar on “Blue Black Jack.”) L.A. Weekly blogger Sean O’Connell attended the Echoplex show and wrote: “Shuggie Otis is Los Angeles music royalty… Shuggie’s performance last night hovered somewhere amid the past and the future, acknowledging his soulful heritage while dipping into a blues-drenched familiarity that united father, son and holy ghost.”

“The Shuggie Otis Rite Tour” carries on through the winter and spring of 2013, beginning in Mexico, then Australia and Japan, culminating with a cross-country North American trip in April. The touring includes album release week shows in Chicago (Lincoln Hall on April 17th) and New York City (BB King’s on April 18th). (Please see itinerary below.)

In his native Los Angeles and around the world, the name Shuggie Otis is spoken in reverential tones by his peers, as a multi-talented instrumental genius (most notably on guitar), songwriter, producer and all-around reminder of the musical joys of the psychedelic era. In his liner notes essay for INSPIRATION INFORMATION/WINGS OF LOVE, UK-based writer Chris Campion ranks the original LP alongside such late-’60s/early-’70s breakthroughs by black artists as Love’s Forever Changes, the Jimi Hendrix Experience’s Axis Bold As Love, Sly & the Family Stone’s There’s A Riot Going On, and Stevie Wonder’s Innervisions.

Another longtime fan is Columbia recording artist Raphael Saadiq, who has said: “Millions of thoughts fly through my mind when I think about the music of Shuggie Otis. The word ‘genius’ is frivolously used these days, but when it comes to Shuggie and his brilliant body of work, it is not used often enough. His music is passion personified and you would have to be deaf not to hear it.”

Shuggie Otis (b. 1953) spent virtually his entire young life playing in and around the various Johnny Otis bands which introduced such R&B legends through its lineups (since the late-’40s) as Big Jay McNeely, Wynonie Harris, Charles Brown, and Little Esther Phillips, to name a few. Shuggie was finally “discovered” by Al Kooper during his stint as a Columbia Records A&R staff producer starting in the late-’60s. Kooper’s second ‘Super Session’ LP, Kooper Session: Al Kooper with Shuggie Otis (released early 1970) essentially introduced Shuggie, the guitarist on all seven tracks, who was a 15-year old wunderkind when he recorded the album.

He was a year older when he recorded Here Comes Shuggie Otis (released late 1970) for Epic, his first official LP under his own name, produced by Johnny Otis and featuring the cream of L.A. jazz session players. Freedom Flight (Epic, 1971), again produced by Johnny Otis, was Shuggie’s second solo LP in two years, and is the source for “Strawberry Letter 23.” Shuggie was just 21 years old when Inspiration Information was issued on Epic at the end of 1974.

After the release of Inspiration Information, as far as the public knew, Shuggie simply disappeared from view. But as he told Chris Campion, he “never stopped making music… There were little lapses here and there, little breaks from time to time, but I never stopped playing, writing, recording. I was still going around to record companies, still pitching my tapes.” Those tapes, most of them recorded at his home studio, are the substance of the “new album” – or “lost album,” depending on your perspective – now known as WINGS OF LOVE.

“Like pop as Michael Jackson made it, as Prince made it, but more,” Campion offers, while also suggesting, “That you can hear traces of both those artists in their prime on WINGS OF LOVE is no mere accident. Such has been Shuggie’s influence, you can bet they were not only aware of Shuggie Otis, they studied him.” Several tracks are singled out, among them “Tryin’ To Get Close To You” (which utilizes the Rhythm King, an early beatbox-metronome that became a signature of Shuggie’s sound and which he still employs today); “Doin’ What’s Right” (one of several songs that “name-check” INSPIRATION INFORMATION); “Black Belt Sheriff” (“Shuggie Otis, simple and plain, stripped and bare, singing and playing, without either a studio or a band to back him up”); and of course the epic 11 and a half-minute title track, “Wings Of Love” (“build[ing] on a melody, brilliant in its minimalism, that circles, builds, takes off, soars and flies, buoyed by dazzling guitar arpeggios that sound like Paganini ripping on electric guitar”).

An overriding theme is “the romantic, lovelorn teenager, who has now grown up and matured, lived and learned, sometimes hard lessons, but never in vain. He’s no longer just dreaming of an idealized love, but has found it, tasted it for real and now has to work out how to get it and/or keep it.” This is the driving force behind “Give Me A Chance,” “Don’t Run Away,” “Tryin’ To Get Close To You” and “Special.”

WINGS OF LOVE, Campion sums up, is “a time capsule of music from another age – to be precise, several ages – buried, but not forgotten, waiting for the date it can be cracked opened, pored over and appreciated. And that time is now.” 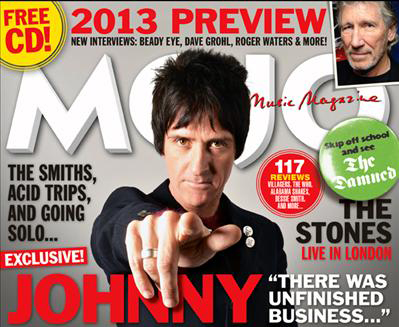 Shuggie Otis’ new album and tour are covered in the February 2013 issue of MOJO. The magazine tells some of the story behind Inspiration Information / Wings Of Love, Shuggie’s new 2CD deluxe set coming April 16th. MOJO calls the original Inspiration Information album a “soul-funk psych stew of melodious singing, crisp inventive musicianship and clever songwriting … but only now is Shuggie Otis’ Wings Of Love set to take flight.” The magazine is available on newsstands. 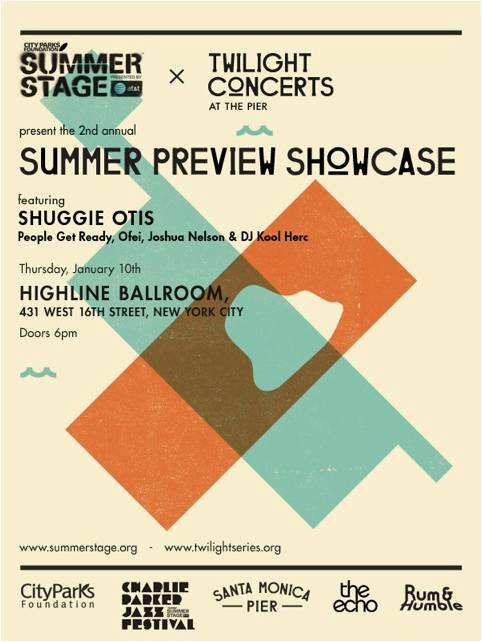 New Shuggie Otis tour dates have been announced for 2013 in the U.S., Canada, Mexico, Australia, and Japan! Read more details in the Events section.